Notes :
(1) This tour traversed the curve south of Bletchley station from down side of WCML to just west of Bletchley flyover, the junction names used above are unconfirmed but have been used for consistency when describing the return routing. This curve is shown in the Col. M.H. Cobb Rail Atlas as 'closed 1960?' however this tour proves it was open at least to this date. 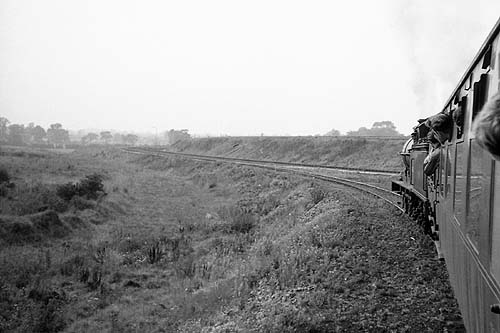 Rounding the curve south of Bletchley station, taking the train from the
WCML onto the line towards Verney Junction (photo: David Pearson) 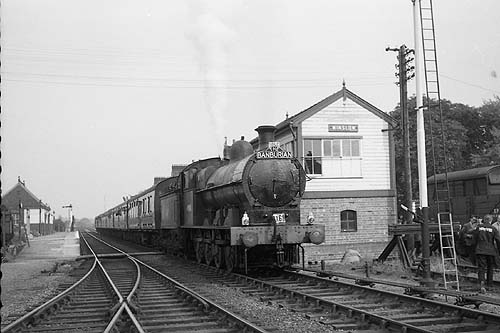 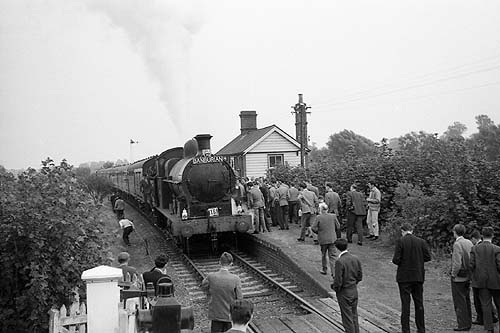 Another pause, this one at Fulwell & Westbury (photo: David Pearson) 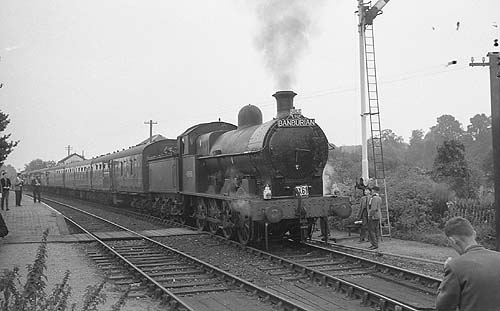 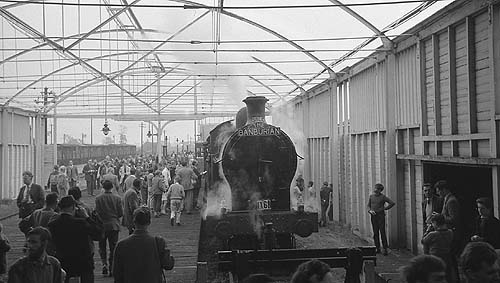 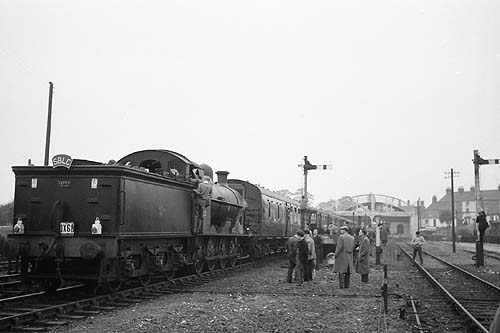 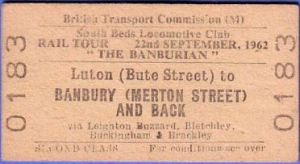