Notes :
(1) Pre-tour advertising suggested 30850 'Lord Nelson' was to have been the loco used from London to Sidmouth Junction (though it also said that in the event of withdrawal prior to the tour another class member would substitute). The last leg from Eastleigh was advertised to have been hauled by 30451.
(2) John Clifford comments : The tour was run to commemorate the passing of the "Lord Nelson's" &, as far as I can tell, the last time one was used on a rail tour. Likewise I believe this was the last tour to use a "King Arthur" until 30850 & 30777 appeared after preservation. The tour used two "M7's" to Exmouth & a "700" (or "Black Motor" as they were also called) from Salisbury to Eastleigh.

Sources : John Clifford (on the train throughout) & Gary Thornton 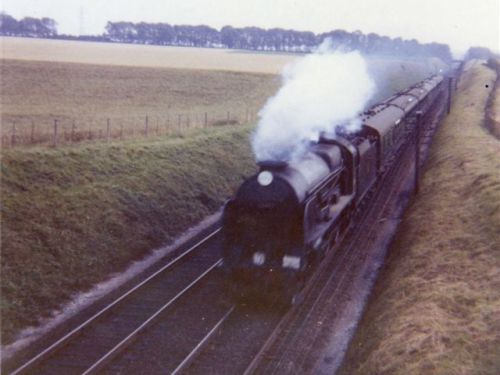 30861 at speed just west of Hurstbourne on the West of England main line
(photo: Lionel Colby) 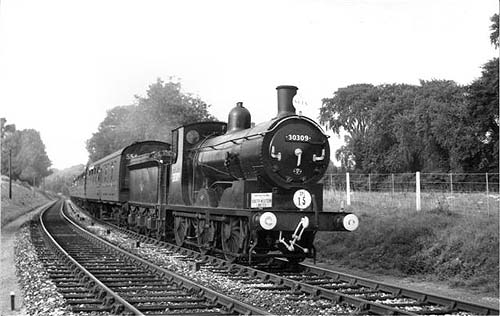 30309 caught on camera at Andover (photo: The Jim Porter Collection) 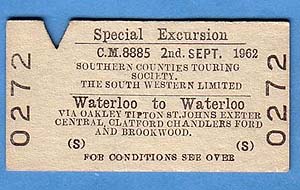