Notes :
(1) Route & loco confirmation required - other info suggests 42350 worked: Northampton – Market Harborough – Uppingham – Wansford – Peterborough – Manton – Oakham – Higham Ferrers. It is believed 42350 was the first loco used, then 41225 and finally 44278. The tour ticket was also valid on service trains between Euston & Northampton prior to and after the tour. 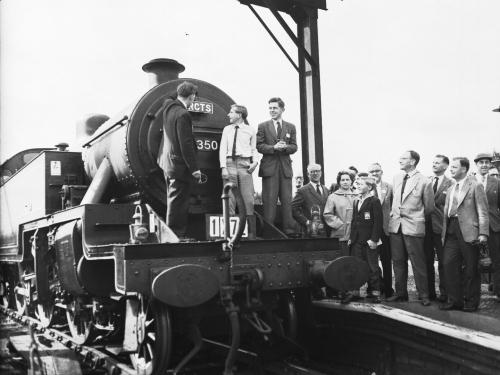 It is assumed these two views were taken at Northampton Castle Station.
(Pictures by kind permission of the Northampton Chronicle & Echo) 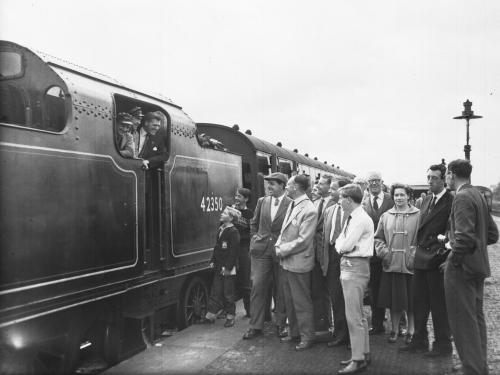 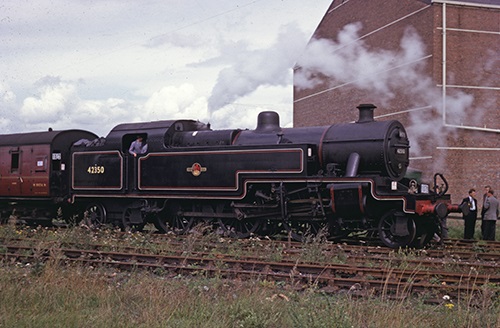 42350 looking north as the train is about to pass under the A605 road
bridge on the Fletton branch near Peterborough at 13:20
(photo: Tommy Tomalin/William Marriott Museum/00522) 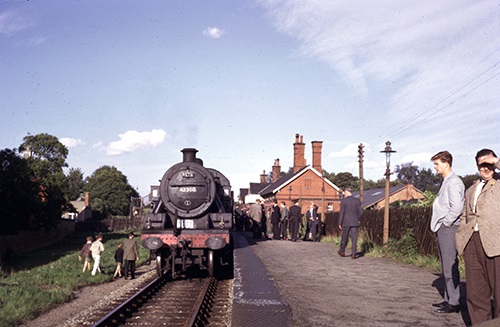 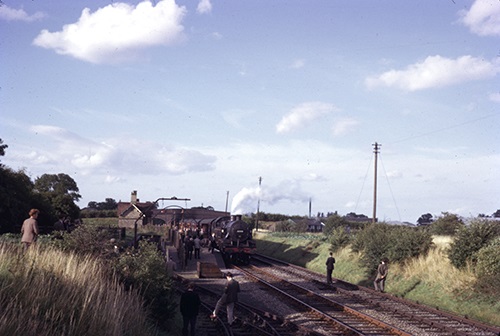