Notes :
(1) Tour party split at Llandudno Junction, with half travelling on each of the connecting specials as above, making the round trip.
(2) Paul Bartlett comments: The DMU from Llandudno Junction derailed between Betws-y-Coed and Pont-y-Pant, fortunately not far from a road bridge. Passengers left the train, and walked along the track to the road bridge, where we scrambled down the embankment and joined the coaches which had been arranged to take us from Blaneau Festiniog to Tan-y-Bwlch. I don't know which DMU worked the return trip, or where the passengers were able to join the train at Blaneau Festiniog.
(3) Combined special working and 15.35 service train, formed with 'Iarll Merioneth' at the head and 'Prince' in the middle of the train. 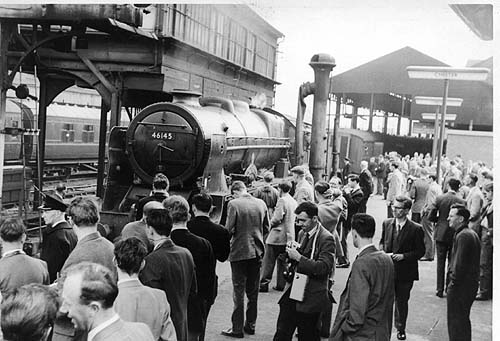 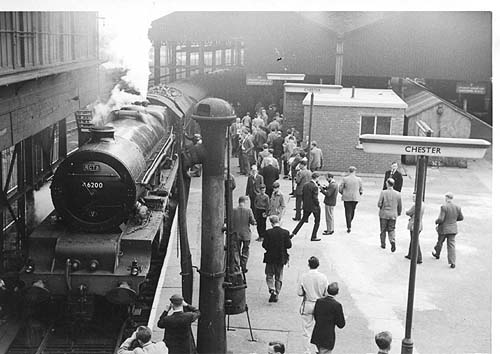 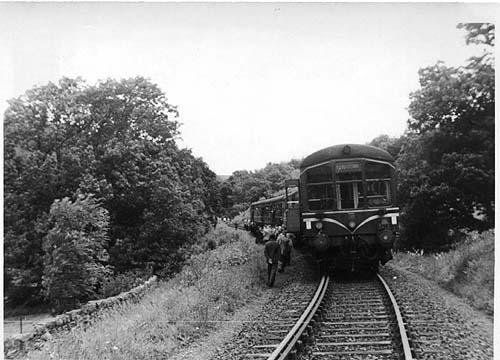 Leaving the DMU after it derailed between Betws-y-Coed and Pont-y-Pant. 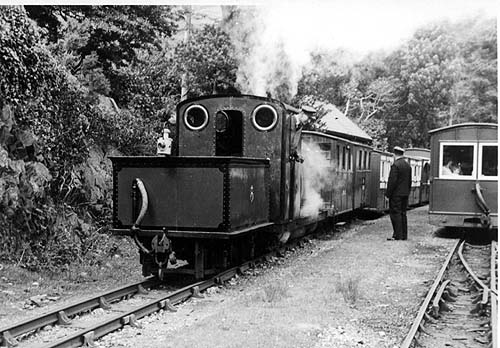 'Prince' on the rear of the train at Tan-y-Bwlch. 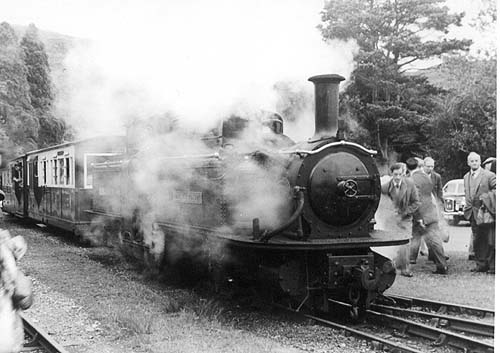