Notes :
(1) Was to have been the last steam-hauled Kings Cross to Edinburgh non-stop with a crew change via the corridor tender. Sadly, in the event a preceding freight developed a hot box near Chathill, Northumberland, delaying the special and so the non-stop run was not achieved. In the event 4472 completed a non-stop Kings Cross to Edinburgh run in May 1968.
(2) 65345 on rear.
(3) GNSR 49 on rear. 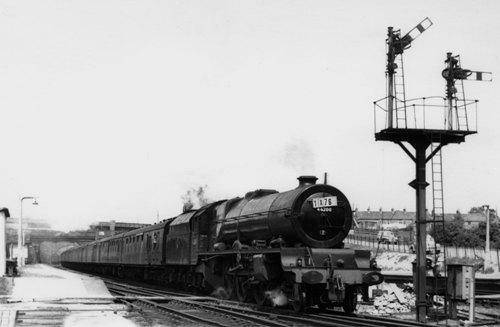