Notes :
(1) John Clifford comments : The was only my second rail tour. It was run to commemorate the end of steam in Kent. Phase I of the Kent Coast electrification (Victoria - Ramsgate & Dover via Chatham plus the Sheerness branch) had been completed in June 1959 & phase II was due for completion in June 1962 (Charing Cross to Ramsgate via Dover (Canterbury West plus Paddock Wood - Maidstone West). However, some electric trains had been running in steam timings since the previous year & any non-electric trains were worked by diesels. Hence there was virtually no steam in Kent by this time. I remember that it was snowing heavily as we arrived at Deal & the snow continued on & off for much of the day.
(2) Banked out of Victoria station by 30926 'Repton' (which had been used to bring in the tour stock). 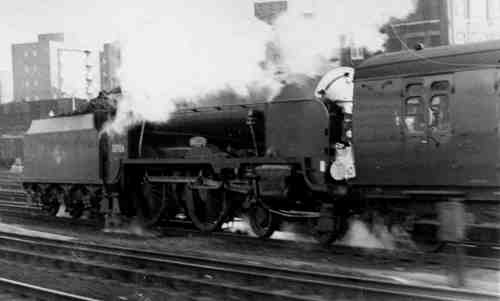 30926 arrives into Victoria with the stock (photo: Dr Christopher Fifield) 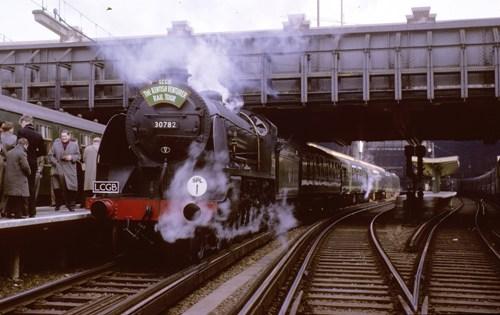 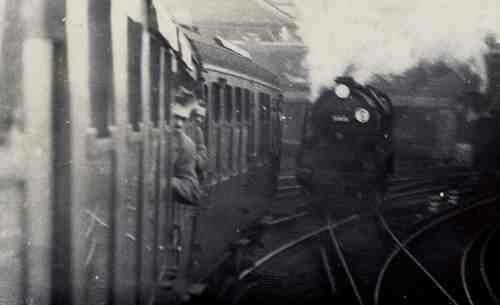 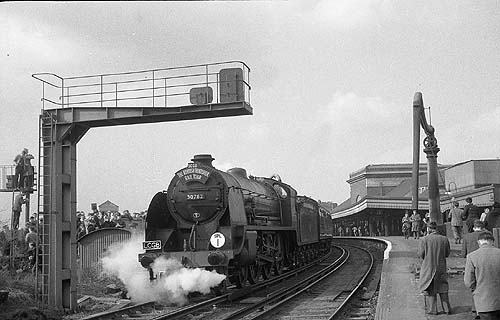 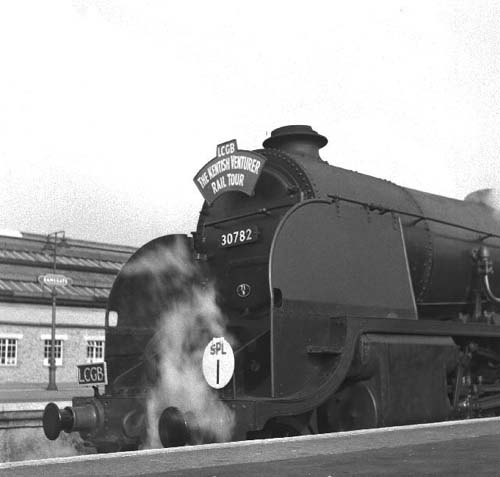 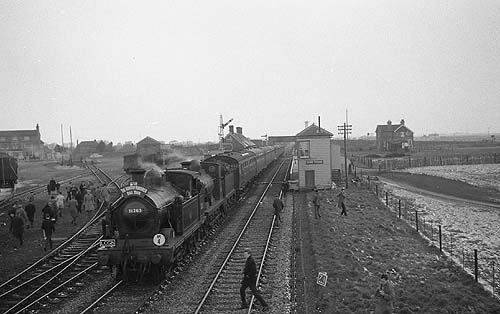 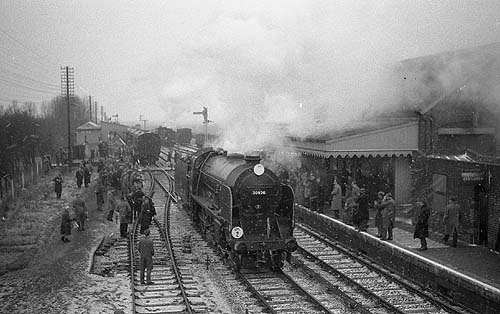 30926 backing onto the train at Appledore (photo: David Pearson) 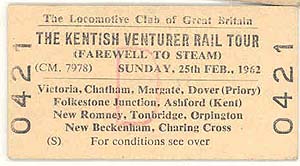 Doug Lindsay provided this scan of his ticket from the tour