Notes :
(1) This was the final day of operation of the Stainmore line, the route made famous by the British Transport Films' 'Snowdrift at Bleath Ghyll' film. The late finish of this tour was to ensure it was the last train over the line and it also made the last run between Kirkby Stephen East and Tebay. On the return leg from Carlisle delays were caused to the train by a DMU on the WCML between Carlisle and Penrith and a single line tablet failure at Clifton Moor. The climb then to Stainmore summit proved to much for the locos and a stop for a 'blow up' had to be made. 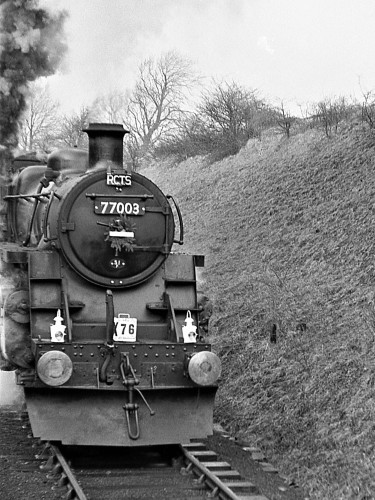 77003, photographed near Lamington by Ron Herbert,
from a DMU passing in the opposite direction. 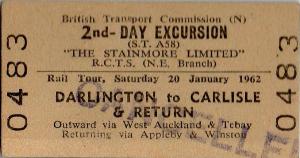