Notes :
(1) AMR stood for 'Attenborough Model Railway'.
(2) Vic Smith suggests Midland Compound 1000 may have failed resulting in a dirty B1 being substituted at last minute however was not the case according to David Whittaker who confirms the use of MR 1000. Trevor Machell & David Whittaker both confirm a K1 was used between Eaglescliffe & Darlington. It is thought the train came back via the same reversal point due to Sunday engineering work. 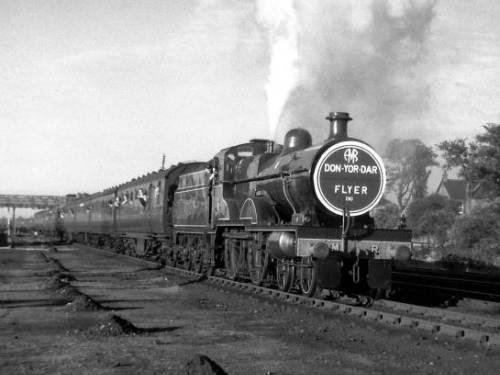 1000 setting off from Eaglescliffe on the return leg (photo: Peter H Rigg)