Notes :
(1) This was stated to be the last passenger train in each direction over the northern half of the MSWJ. Fares from Leamington Spa (General) were believed to be using a connecting service (confirmation required).
(2) For optional extended visit to Swindon Works, rejoining the train upon its return through Swindon (which itself allowed 55mins for a brief works visit).
(3) Running tender-first.
(4) An SLS report on this tour suggests other motive power took the train back from the Swindon Works Siding (to ???); 'Preceded by 'Cookham Manor', which had gone on ahead to avoid running round at Rushley Platt, we completed the Northern part of our journey with stops at South Cerney and Cirencester...' 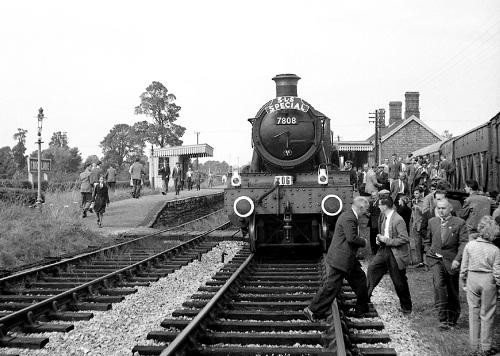 Photostop at Cricklade on the outward leg (photo: Robert Darlaston) 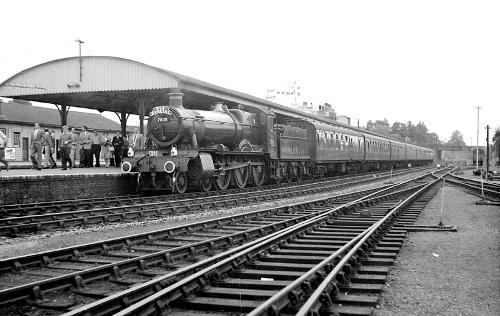 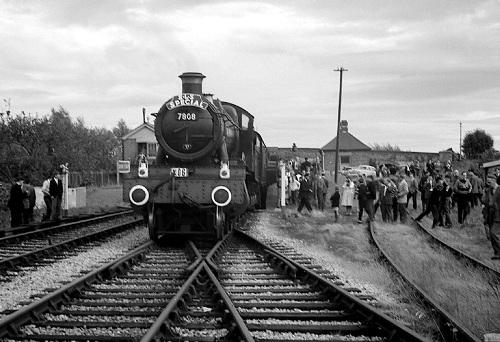 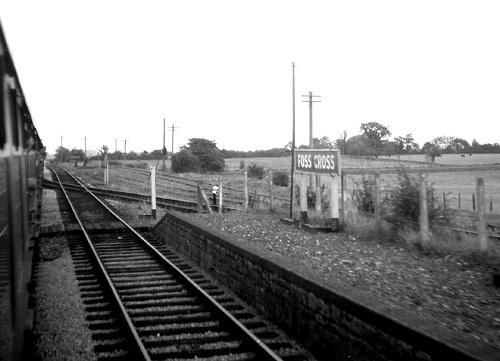 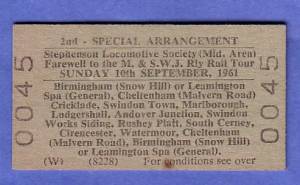