Notes :
(1) For visits to Doncaster Locomotive Works, Carriage Works & Motive Power Depot.
(2) Subsequent HCRC tour itineraries gave the running date for this tour as 2nd June (a Friday) however it has now been confirmed that the tour did indeed run on Sunday 4th June.
(3) Formed in 1955 and originally known as the 'Middlesex Loco Spotters Club', their name was changed in the late 1950's to the 'Home Counties Railway Club' then in January 1963 it changed again, to the 'Home Counties Railway Society'. 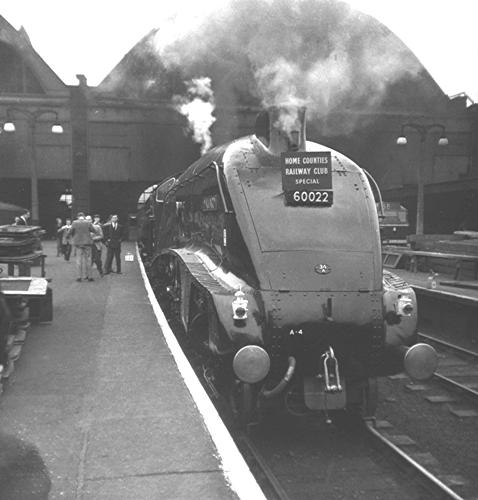 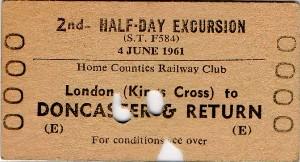