Notes :
(1) Members of the Wolverhampton Locomotive Club also travelled on this special.
(2) It has been reported that 3440 achieved 85mph on the return journey approaching Leamington Spa. 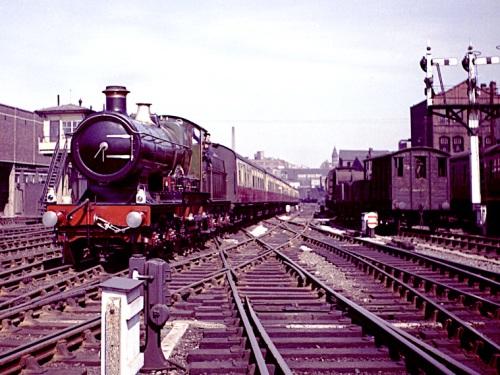 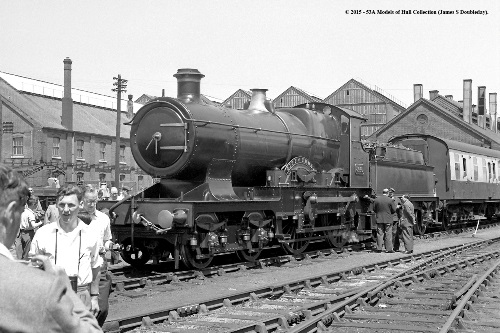 3440 at Swindon Works, having worked the train from Wolverhampton.
(photo: © 53A Models of Hull Collection/James S Doubleday)