Notes :
(1) Route confirmation required (above is as booked). Outward leg with 60032 was with driver Hoole. Ran as 'The Charnwood Forester' from Kings Cross to Bedford.
(2) Conflicting reports as to the loco which hauled the return trip from Holme to Ramsay North and back - 67357 or 67380, however Howard Cook has confirmed the above to be correct..
(3) At Bedford the tour became the 'Bedford & Hitchin Branch Centenarian'.
(4) Photographic evidence suggests that 5 coaches of LNER corridor stock may also have been used - seen behind 60032 at Kings Cross & Holme, and also behind 67380 at Holme. 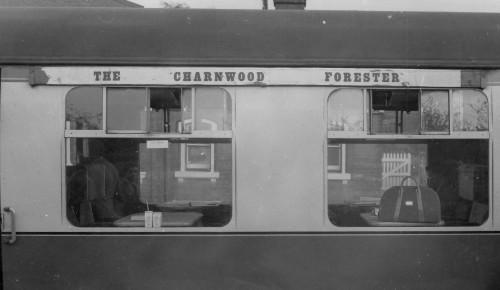 A tour name roof board (photo: The John Debens Collection) 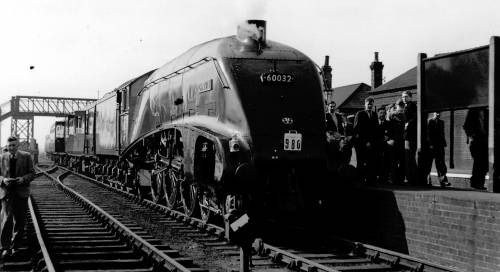 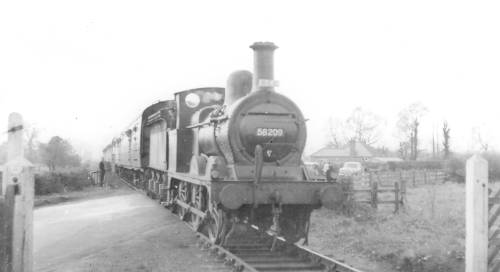 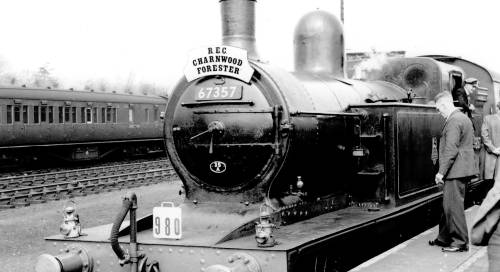 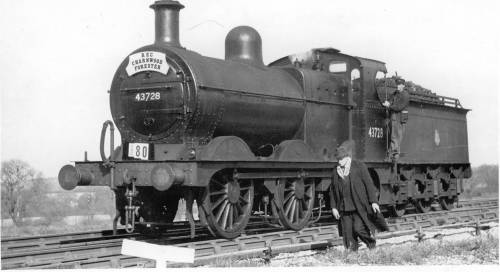 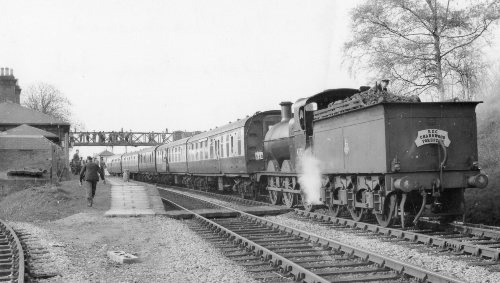 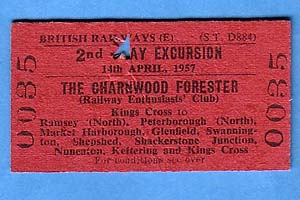 Timings (Booked Only)
(from Stuart Gamble)