Notes :
(1) Contemporary sources quote: The train started from Birmingham and arrived on the Down side, from where the station staff wanted it to leave for the (GN) branch. The participants however, wanted to travel over the whole of the branch so far as possible, which included leaving from the Great Northern bay proper; and at the insistence of the organiser, W.A. Camwell, the train was eventually backed into the bay. It has however been confirmed that the tour tickets covered travel from/to Stafford only - the information sheet for the tour commented that 'passengers desiring to travel on the train from Birmingham or Wolverhampton should book their own day tickets to Stafford'...does this imply the stock was used to convey passengers on purchasing of an ordinary ticket? Times were given from Birmingham New Street and back to Wolverhampton/Birmingham New Street.
(2) Route & loco confirmation required (above taken from ticket). Train seen at Chartley & Stowe, traversing the former GNR branch to Stafford and known to have called at Grindley on the return working from Bromshall Jn to Stafford (GN Bay). 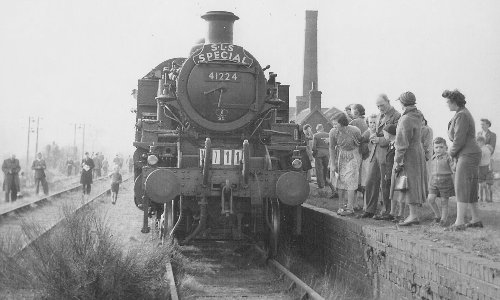 The special at Ingestre and Weston (photo: The John Debens Collection) 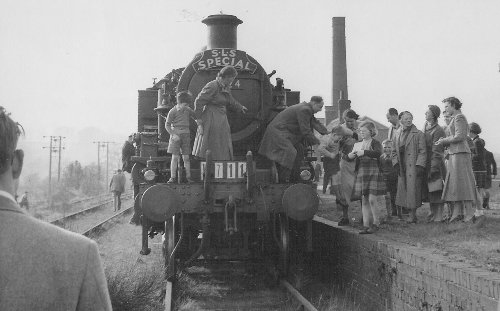 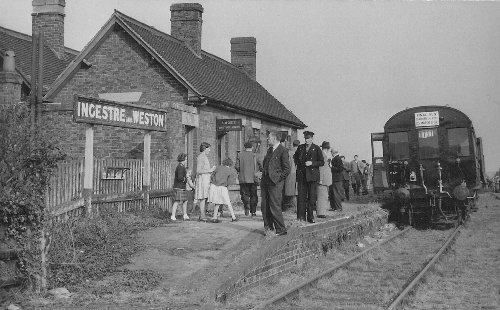 The same children are seen in this shot (photo: The John Debens Collection) 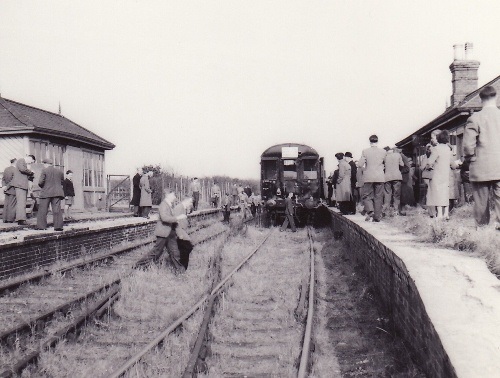 The tour at Chartley & Stowe (photo: The Bob Mitchell Collection) 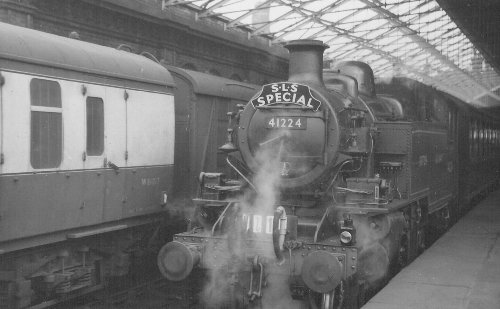 Captioned: 'After the trip at Stafford' (photo: The John Debens Collection) 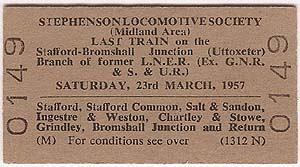 Timings (Booked Only)
(from Eric Oates)