Notes :
(1) Route confirmation required - photographed at Gloucester Central and Sudbrook (in that order?).
(2) Confirmation is required as to the Railcar(s) used and, if more than one was used, where they were swapped. The photo below at Gloucester Central of a railcar bearing the ICRS headboard was stated to be W31W in an adjoining caption however the Railcar in the photo is of the earlier body design (up to W18W). In the photo album but in the photo at Sudbrook the railcar identity (on the back of the photo) is given as W16W - so was this railcar in fact used throughout? 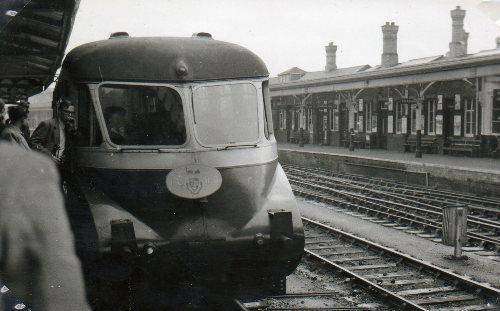 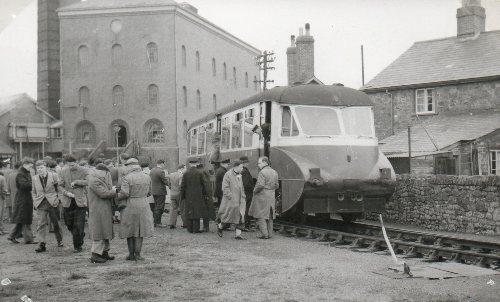 W16W and party at Sudbrook (photo: The John Debens Collection) 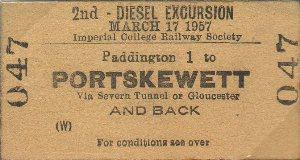