Notes :
(1) It is reported that 67284 was on the train 'only to assist in the process of reversing the train on the triangle at Bishop Auckland'. Details of the reversing move(s) is required.
(2) Running tender-first.
(3) Original routing from Wellfield to Wellfield was clockwise, but this was changed shortly before the tour ran to be anti-clockwise.
(4) Peter Darke's photographic collection includes a photo he believes to be of 50647 at Wellfield on this tour, however SLS records make no mention of this loco in connection with this tour.
(5) The leg from/to Manchester hauled by 70033 'Charles Dickens', originally uploaded as a part of the tour itself, was in fact a connecting service.

Notes :
(A) The train stalled on gradient between Farnley Jn & Spen Valley Jn.
(B) Booked via Micklehurst - confirmation is required if it took the booked route or went via Greenfield?
(C) The Webmaster has seen two different timing sheets with hand-written actual times; one showed 23.59 against Manchester Exchange whereas the other stated 'Stop Victoria 23.58'- does this imply the train did not run through to Exchange, or merely where that participant got off the train? 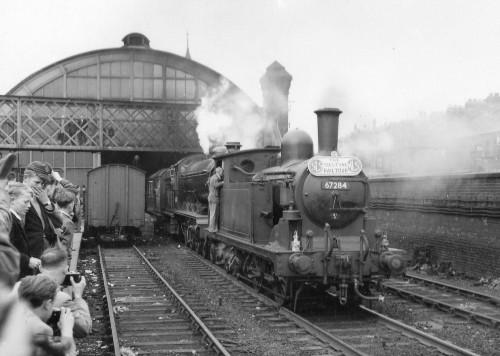 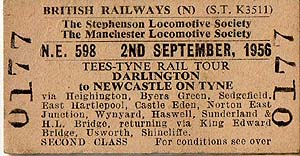 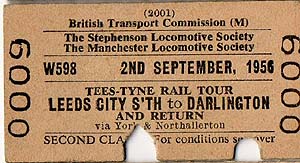 From The John Debens Ticket Collection - three different designs for the same tour! 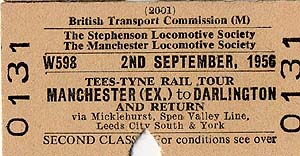