Notes:
(1) John Clifford comments: This tour was originally booked to be hauled by 61306 'Mayflower' from Ashford to Salisbury and back to Hanwell Bridge Loop, from where it would have been taken forward by a diesel. However 61306 failed its 'Fitness to Run' exam due to a cracked driving wheel axle box, so 47580 was substituted for the whole trip. By omitting the Overton water stop on the outward run we arrived early at Salisbury. On the return there was no engine change needed in Hanwell Bridge Loop so we run early from there forward. 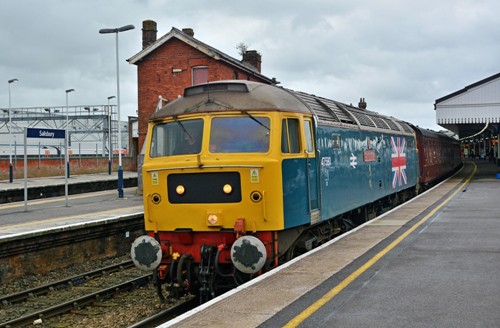