Notes :
(1) John Clifford comments: I was on trip only from Guildford to Salisbury and back. The train arrived at Guildford late for reasons which I did not discover. On the outward journey we passed St Denys early, thanks to a large slice of pathing allowance but were held at Northam Jn for the late running 07.27 Manchester - Bournemouth to pass, and then we stopped briefly at Romsey as the 11.07 Romsey - Salisbury via Southampton, which we following was also late. Our arrival at Salisbury was 9 minutes late. On the return journey we also were delayed by late running trains. The first delay was caused by the 16.09 Waterloo - Portsmouth Harbour via Eastleigh. We were held outside Eastleigh station for it to pass. Having been delayed we got to Farlington Jn to find that the 18.12 Portsmouth Harbour - Littlehampton and the 18.15 Portsmouth Harbour - Waterloo which should have followed us had already gone. We passed the 18.15 at Haslemere thus making up a few minutes. 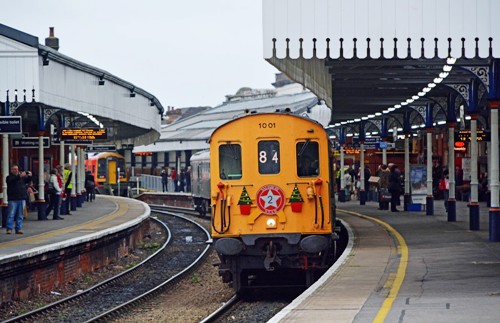