Notes :
(1) 66151 on rear.
(2) 66030 on rear.
(3) This tour was originally advertised to start from London Waterloo. However the letter which came with the tour tickets advised that it would start from Clapham Junction, 'in order to match loco availability issues on a very busy weekend in the Railhead Treatment season with available pathways to Grain and Angerstein'.
(4) At Angerstein Wharf the tour stopped short of the end of the line, due to a broken rail.
(5) Shown as 1Z43 in error, in the tour brochure from Angerstein Wharf to Lee Jn.
(6) On the Dungeness branch, the tour was delayed by sheep on the line.

Sources : David Lodwick, Nick Bartlett (both on the tour throughout) & Mark Herriott 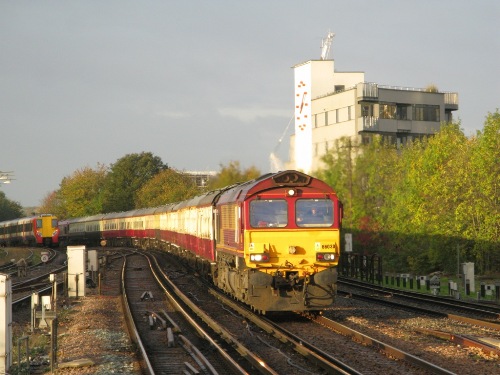 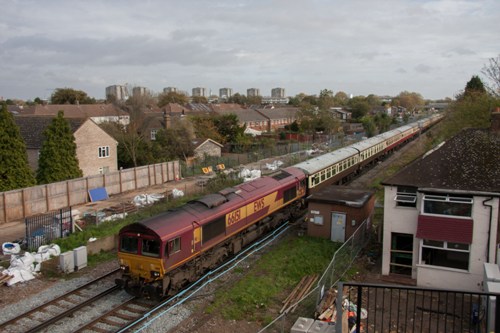