Route : (at least seven round trips made)

Notes :
(1) These trains were originally advertised to include trailer car No.92, however this was not used. A round trip was expected to take 30 minutes.
(2) Neil Greenwood comments; Due to the lack of the 2nd coach and a commitment to carry a lot more passengers than they could cope with, the Railmotor basically shuttled up and down the branch in just under half an hour to try to carry all the booked passengers. The official timetable went out with the bath water. By the end of Sunday they had carried everyone who had booked and the last two services were not full. The trip that I travelled on, got to within a hundred yards or so of the end of the line. 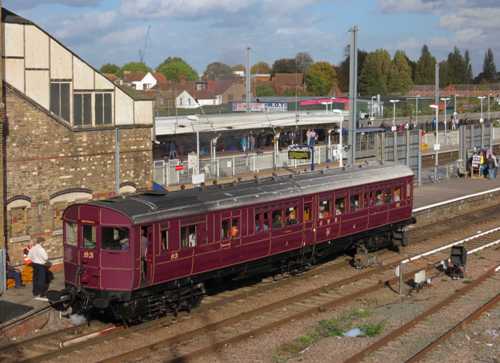 No.93 stands at Southall on October 19th (photo: Neil Greenwood)