Swanage Railway
The Purbeck Explorer I

Notes :
(1) John Clifford comments : The tour was used to get a loco and coaches to the Swanage Railway for their diesel gala. Originally it was advertised as being hauled by a class 20 which had brought new 'S' stock to West Ruislip depot. However, due to a threatened dispute on London Underground, this move did not take place so 33029 was substituted. The train was advertised to start from Castle Bar Park and run to Swanage via Clapham Junction (C) and Tooting. This starting point was changed since the stock was moved to Southall a few days earlier. I’m not aware of the reason for the alteration to the route. 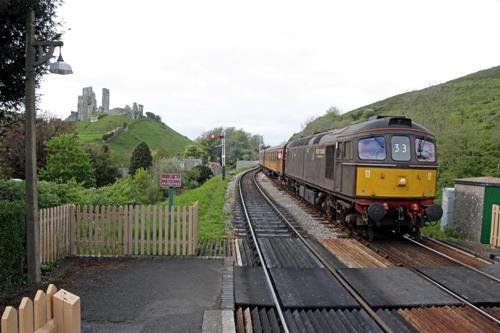 Source : John Clifford (on the tour throughout) & Nigel Benning