Notes :
(1) 80217 was only in the consist when 45699 was on the train.
(2) Nick Bartlett comments: A very slow climb of Shap, speed was down to approximately 12mph at the summit, this was reportedly due to poor coal. The return leg via S&C was much better. The weather was bloody awful, strong winds and starting to snow over Shap and freezing rain on the S&C.

Source : Nick Bartlett (on the tour throughout) 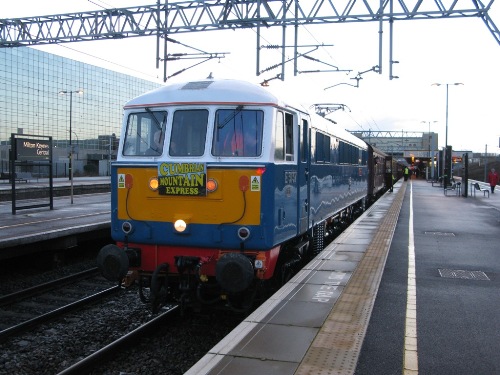 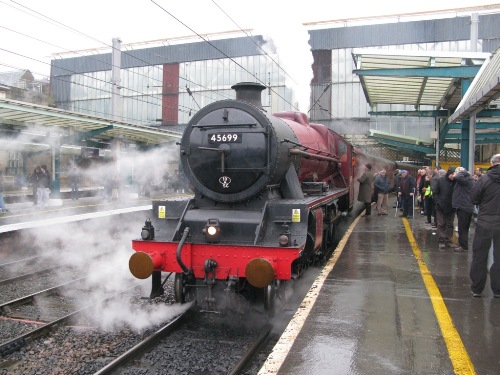