Notes:
(1) 66154 on rear.
(2) 66103 on rear.
(3) Chris Bracey comments: Due to a collapsed embankment and derailment damage at Barrow-upon-Soar the outward leg was diverted from the Down Slow line to Down Fast line at Sileby and back to the Down Slow line after Loughborough. A faulty level crossing also caused delay at Tinsley.
(4) Mark Herriott comments: On the outward leg the train was apparently the first train down the High Marnham line for approximately 8 weeks, therefore the train was required to run at 15-20 mph from Ollerton to High Marnham, which wasn't allowed for. In addition the train had to be locked into and out of the sections within the RIDC Test Centre at Ollerton, Broughton and Tuxford, which again all took time. This was the main reason for the late running. That said the return run was slightly quicker, but we then lost a few minutes waiting for the signal section at Shirebrook East Jn, due to a proceeding passenger service. The return leg was delayed at Rotherham Central waiting for a Pilotman, and at Tinsley where local maintenance staff had to come out to close the level crossing. 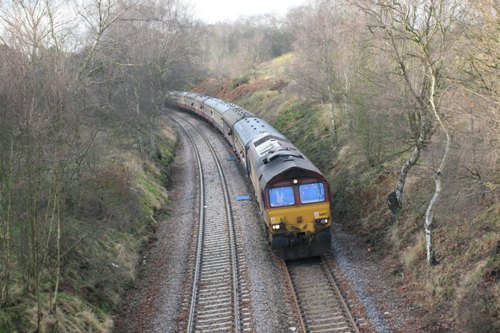 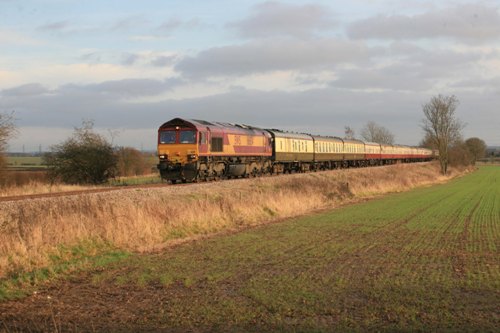