Notes :
(1) 67026 on rear.
(2) 70000 on rear.
(3) 70000 banked the train from London Victoria to Grosvenor Bridge.
(4) Booked route was: Gospel Oak - Junction Road Jn - Upper Holloway - Harringay Park Jn - Harringay.
(5) 67025 on rear.
(6) Loco running tender-first.
(7) Gordon Jakes comments: The return journey from Kyle of Lochalsh started badly when the electronic token could not be taken up by the portable equipment on 61994. Eventually the reserve system had to be invoked and a physical token was removed from a cabinet on the wall of Kyle station. The late start from Kyle meant that in order not to delay the 17.54 service train from Inverness to Kyle we were held at Acnasheen until the service train arrived. This caused a 70 minute late departure from Achnasheen. The original plan would have seen the service train passed at Garve. The steep gradient to the east of Garve up to Ravens Rock summit almost brought the train to a stand. The summit was reached at a speed less than walking pace but we made it! However no significant time was lost between Garve and Dingwall. However the problems continued with 61994 running out of steam just before Muir of Ord and needing a 10 minute blow up! Muir of Ord was reached 70 minutes behind schedule and as a consequence there was more bad news as we were held at Muir to await the passage of the 21.09 departure from Inverness to Tain. Inverness was finally reached 96 minutes late!
(8) The original booked timings provided for a departure of 19.25 from Aberdeen. Representations by Steam Dreams brought this forward to 17.42 but arrival in Edinburgh was still only one hour in advance of the original booked time at 21.41
(9) The arrival in Edinburgh had originally been timetabled from the east using the South Suburban line to circumvent Waverley but the revised timings allowed for direct access from the west – the first time that steam has passed through Haymarket and Prince’s Street Gardens since Electrification.
(10) Gordon Jakes comments: The 24th had to be the worst of the tour with timings out of the window. In the first instance we were advised that in order for the train crew to have their statutory 12-hours rest the departure from Edinburgh was to be put back by one hour. Progress as far as Carstairs was fair but thereafter every loop on the WCML was visited in our very slow progress towards Carlisle. To say it took almost six hours to journey the 109 miles between Edinburgh and Carlisle puts the journey in perspective. Nearly as much time was spent stopped as was spent in motion! The final straw was being routed behind the local service from Carlisle which then proceeded to hinder our progress all the way to Settle. Not a good day! 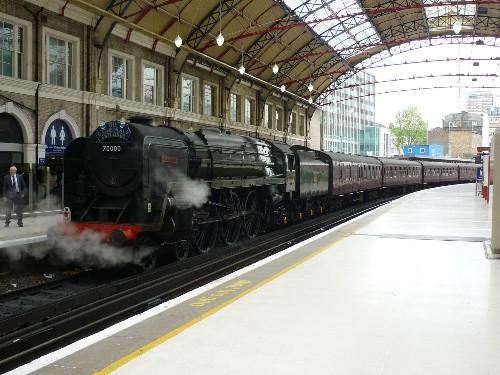 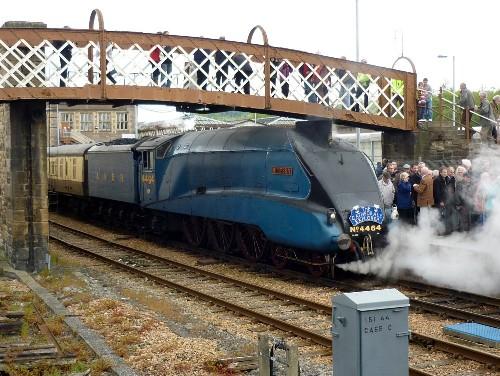 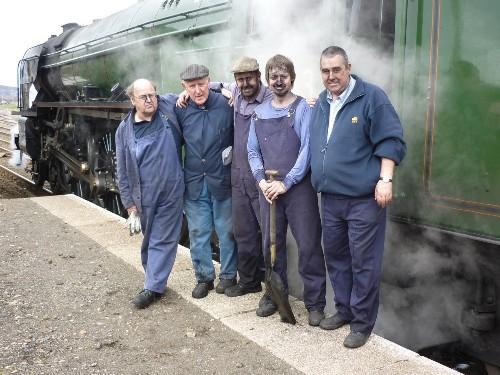 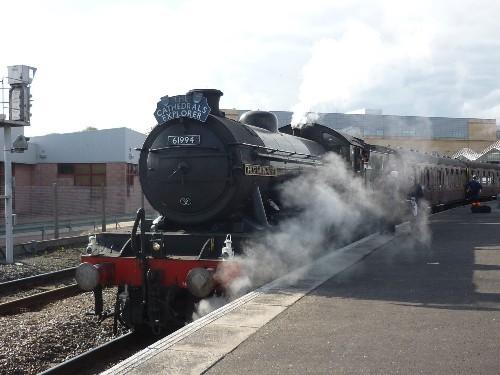 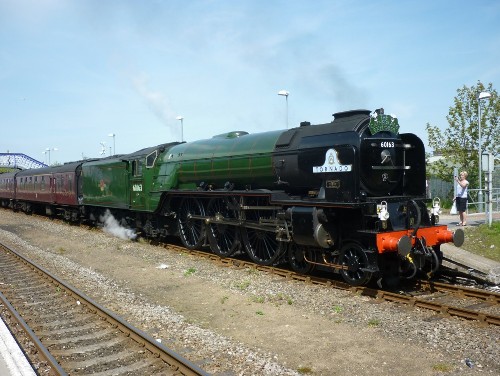 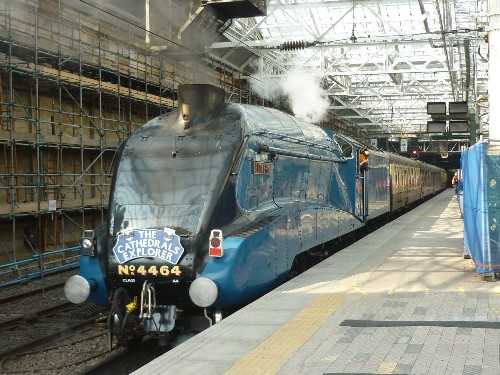 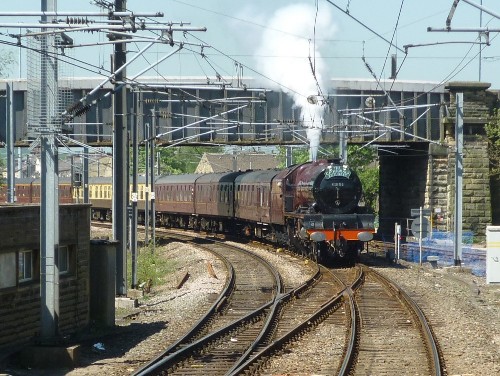