Notes :
(1) 37409 on rear.
(2) 20308 + 20312 on rear.
(3) Tour was originally booked to traverse the Eastleigh Depot loop.
(4) Booked reversal point was Allbrook Jn.
(5) Wrong route set/taken, so train set back into the platform to pick up passengers who had alighted for an off-train break.
(6) Howard Parker comments: The delay at Swindon was waiting to pick up some passengers known to be travelling from Bristol who had been delayed by the cancellation of a service train and other problems affecting up Great Western services. Reversal at Eastleigh after visiting the works was due to be on the down slow line towards Allbrook but was actually on the down Salisbury line. 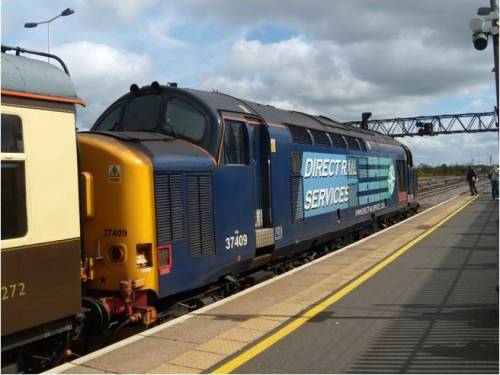 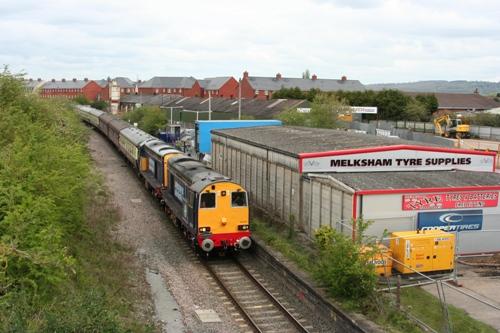