Notes :
(1) 66138 on rear.
(2) 66063 on rear.
(3) Routing was originally advertised as Weaver Jn - Earlestown - Runcorn - Tuebrook Sidings but this was changed due to line capacity constraints caused by additional specials running for the Grand National at Aintree.
(4) To MP 1.58 (in down Waterloo Siding)
(5) To entrance gate.
(6) Howard Parker comments: on the return, the train diverted from the up slow line and passed through the Royal Mail terminal at Warrington. 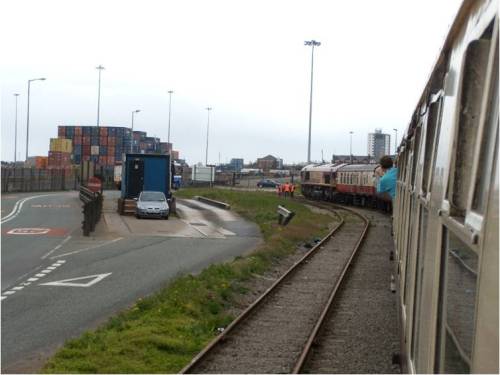 66138 at the limit of travel at Seaforth (photo: Howard Parker)