Notes :
(1) The outward leg was delayed by signal failures between Swindon and Chippenham.
(2) The return route was originally advertised to run to London Paddington, but revised to run to Euston due to gauging issues with 6024.
(3) This was reported as being the first time a 'King' class locomotive had worked into London Euston.
(4) 6024 carried a 'Help for Heroes' headboard. 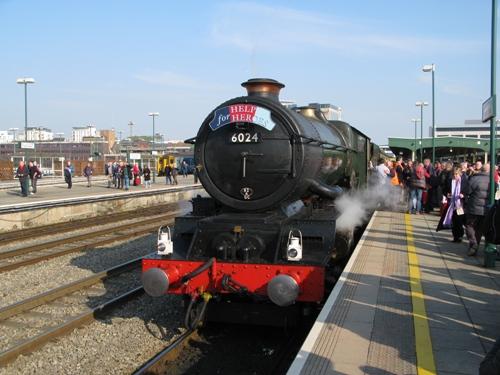