UK Railtours
The Mine of Serpents

Notes :
(1) 73208 on rear.
(2) 73141 on rear.
(3) Robert Frise comments: tour ran largely on time or early with some signal checks to curb early running. A pathing stop was made at Dormans from 15:20 to 15:35, this was shown in the working timetable but not shown in the tour booklet. The tour booklet advised that the tour was named after a firework called the Mine of Serpents and as the tour was visiting a Gypsum Mine and it was the 5th November 'it seemed a vaguely appropriate name'. tour was originally booked to start from London Victoria but was moved to London Waterloo due to a short notice engineering possession. 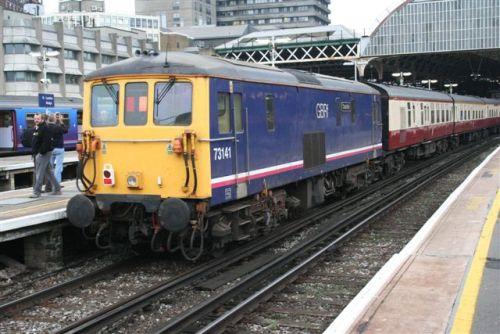 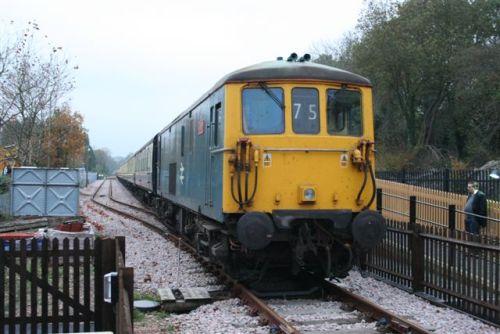