Notes :
(1) 37706 on rear.
(2) 37685 on rear.
(3) Run as two tours; the main tour running London Paddington to London Waterloo and the section of 1Z38 from London Waterloo to Ealing Broadway via St Albans Abbey was marketed as 'The R'n'B 3.14' & run as an add-on.
(4) Train was delayed at Reading due to signalling problems at Basingstoke, (cable theft).
(5) At Fratton, the train was booked to travel along the 'No.1 Reception Road' & the 'Back Road'. Even though permission had been granted with instructions appearing in the 'Goods Line Authority', the move was refused by the Depot Manager. 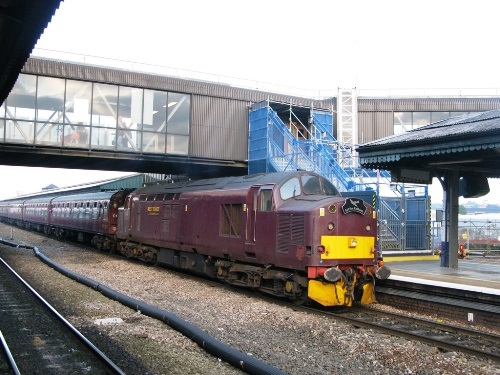