UK Railtours
The Tees Goblin / The City of York

Notes :
(1) 67017 on rear.
(2) 66008 on rear.
(3) 66112 on rear.
(4) To NR/PTA boundary.
(5) To limit of track fit for purpose (given as Phillips No.3 LC at 2m 22ch). Believed to be the first railtour to traverse the Seal Sands Branch (unless you know better...)
(6) Greg Beecroft comments: Having brought in the empty stock, 67017 was supposed to be detached at Kings Cross and it was taken to York by mistake (though Ian Loveday adds: The reason for not removing 67017 was that they would have had to diagram an extra driver to drive it off the blocks at Kings Cross to the sidings. Taking it to York meant that only one driver was required, that's why at York the 90 was run round and coupled to the 67 to pull it off the stock). This accounts for the extra time taken at York. Traversal of the Seal Sands branch took much longer than scheduled because of concerns about operation of the automatic level crossings; there had been no traffic for some time and it was feared that rust on the rails would prevent the level crossings from operating therefore Network Rail staff and police followed the train by road in order to see it over each crossing safely. The train had to wait at each crossing for them to arrive and to stop the traffic. 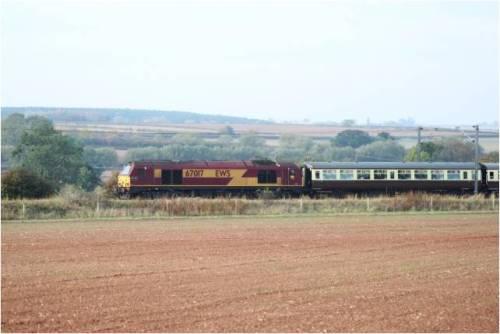 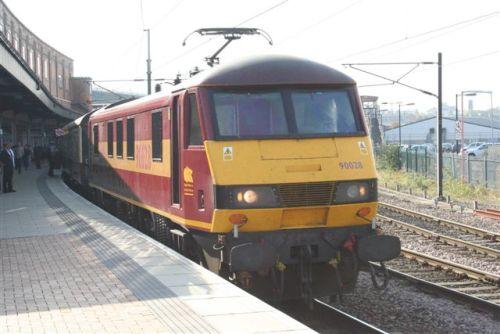 90028 on arrival into York from London (photo: Robert Frise) 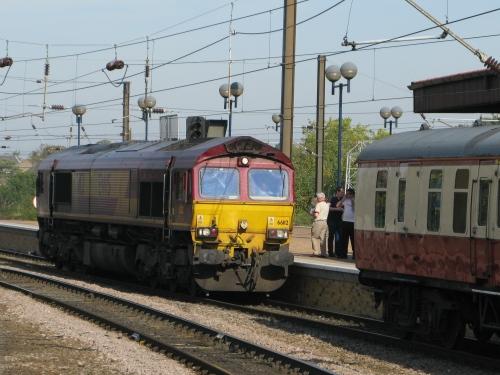 66112 backing onto the front of the train at York (photo: Nick Bartlett) 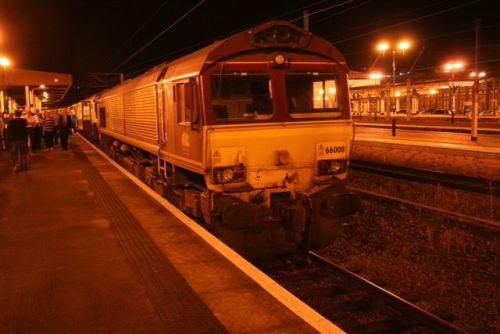