Notes :
(1) Banked by 37516 from Victoria to Grosvenor Bridge Jn.
(2) John Clifford comments: The return journey was delayed by 48151 making an extra stop in Southampton Up Goods Loop for water. 34067 had also been delayed on its working from Swanage to Salisbury and when we arrived at Salisbury its servicing had not been completed. Added to this there was a brake problem which delayed the departure from Salisbury by nearly half an hour. However some good running & a slack schedule saw us into Victoria just 7mins late.
(3) Nick Bartlett comments: was the first time an 8F had hauled a train on the Swanage Branch. The class was too heavy for the branch line in BR days.

Sources : John Clifford (on the train throughout) & Nick Bartlett (on train from Swanage to Salisbury) 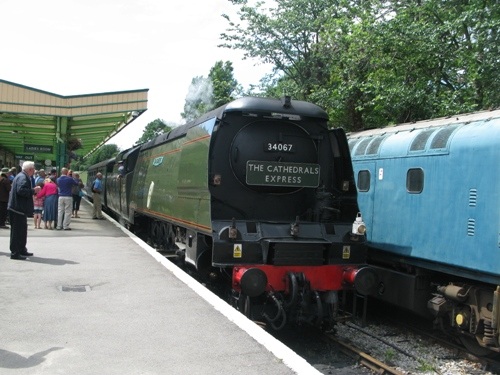 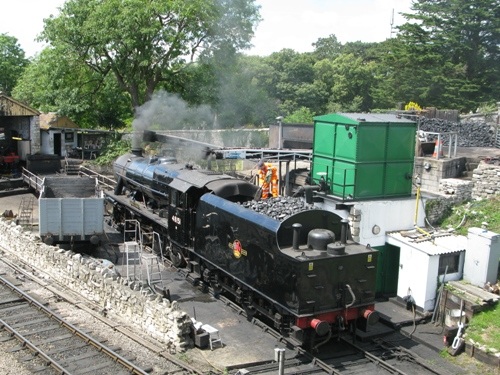 48151 being prepared at Swanage for the return leg (photo: Nick Bartlett)