UK Railtours
The Midland and Great Central No.2

Notes :
(1) 66176 on rear.
(2) 66183 on rear.
(3) Craig Simmons comments: one thing which did not happen during the day was a plan to run Portion B to Loughborough and back from Rushcliffe rather than simply sitting idle whilst the first portion hogged the single line staff to/from Ruddington. Mark Herriott also confirms it had been decided these extra runs were not of value & may have added complications on the day. Three buses were provided by the Great Central Railway because the passengers on the second portion to leave Rushcliffe Halt only had 35 minutes at Ruddington as they were the first portion to leave Ruddington to get back to Rushcliffe Halt. The buses worked both to and from Rushcliffe to Ruddington.
(4) D7629 on rear.
(5) 47292 on rear.
(6) Loco propelling. 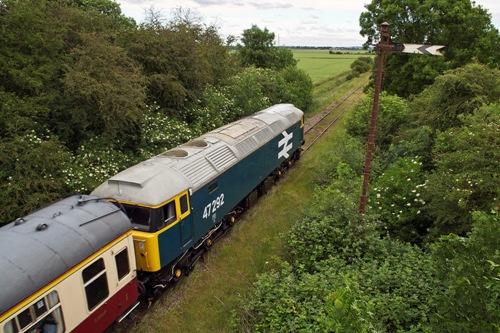 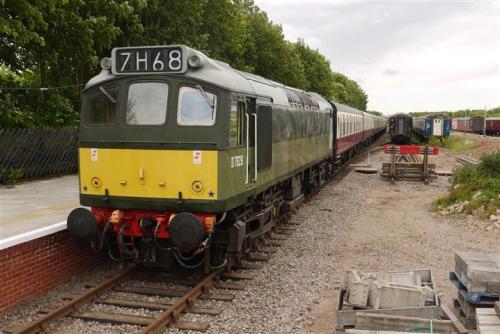 D7629 at Ruddington with half the train (photo: Richard Matthews)

Timings (Booked Only)
(from various including Paul Atkinson & Mark Herriott)