Notes :
(1) originally advertised for haulage by 60163 'Tornado' then 70000 'Britannia' but both were unavailable due to repairs. Booked water stops at Elford Loop and Derby on the return were not needed as 60019 was running with an extra tender. 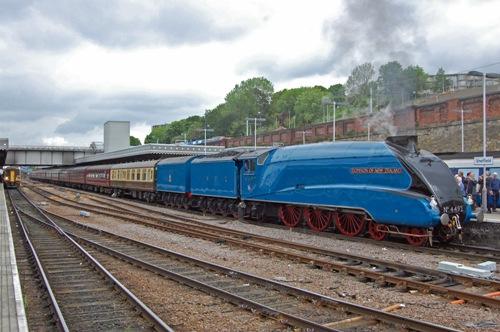 60019 pausing at Sheffield on the outward leg (photo: Paul Braybrook)