Notes :
(1) 37676 on rear.
(2) 70013 on rear.
(3) 70013 was largely 'in tow' following it's failure at Skegness with firebox problems, though it is reported it did work on certain parts of the journey.
(4) Originally booked as steam hauled throughout but changed to diesel haulage between Sleaford and Skegness due to point failure at Skegness not allowing for the loco to run round.

Sources : Nick Wason (on the train throughout) & John Clifford 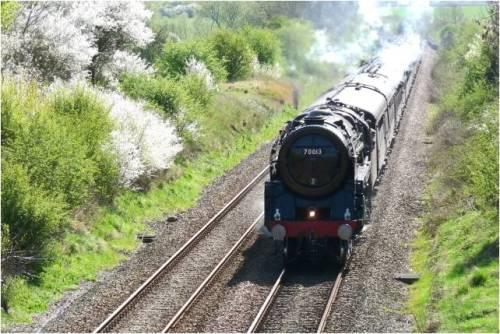 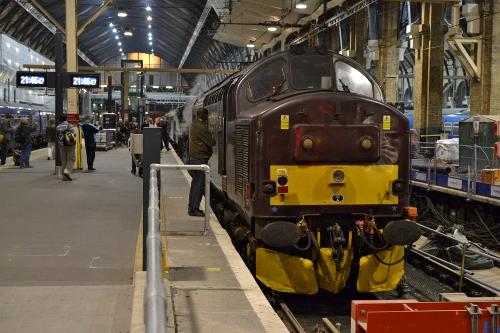