Notes :
(1) 10 on rear.
(2) Return journey booked M&C was 2m 27ch further due to the routing via Northampton.
(3) Mark Herriott comments: the tour was terminated at Watford Junction on the Saturday evening due to the 20.30 Northampton - Euston hitting a person at Harrow and Wealdstone station. The tour had been more or less to time until the signal prior to Watford Junction where we then sat for approx 30mins. The tour terminated at 22.30pm at Watford. We then were then transferred to the 23.01 Watford Junction to Euston DC service (378219) which left 20 late, arriving at Euston at 00.08am.
Rod Miebs comments: The departure boards at Euston showed the train as the 'West Highland'. 90019 brought in the ECS. The road coaches were provided by Alpine Coaches; JAZ 9864 and W9 ALP. 378219 left Watford late as it was held for a Virgin Pendolino to arrive from the north so its passengers could transfer. 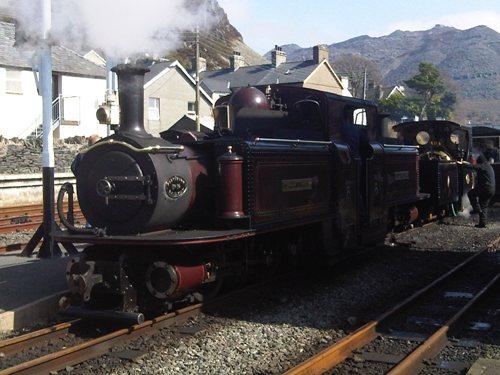 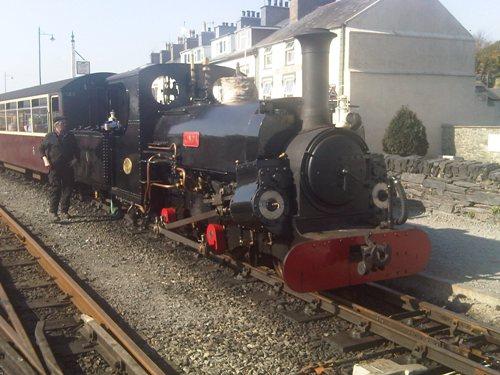 'Linda' about to depart from Porthmadog Harbour (photo: Nigel Benning) 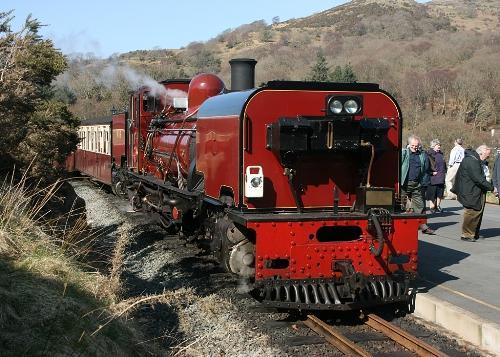 Garrett 138 at Beddgelert on the anti-clockwise train (photo: Ray Pettit) 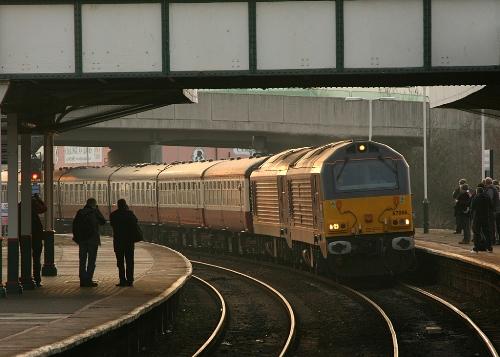