Notes :
(1) 73212 + 73213 on rear.
(2) 73141 on rear.
(3) After leaving Epsom Downs, the tour was initially advertised to run to London Bridge, reverse then operate via the Wimbledon Loop and the Wimbledon Crossovers to Chessington before continuing to London Waterloo and operating as shown above to Windsor. The tour was diverted at short notice due to a possession taken on a level crossing between Motspur Park and Raynes Park. The intended route was as follow: Epsom Downs - (reverse of outward route) - Tulse Hill - Peckham Rye - South London Line - London Bridge - (reverse of outward route) - Streatham - Tooting - Wimbledon - Motspur Park - Tolworth - Chessington South - (reverse of outward route) - Wimbledon - Clapham Junction - Vauxhall - London Waterloo (Main).
(4) The tour was cancelled at Windsor and Eton Riverside; as the train approached the buffer stops at Windsor, the leading loco & carriage was subjected to track gauge spreading… The signaller was informed of the situation…and a Network Rail Track Inspector attended the incident. It was later made aware that it was not safe to move the train at the time which resulted in the tour being cancelled. All tour passengers were passed on South West Trains / Southeastern Services back to Waterloo for connections for trains to Orpington, Tonbridge and Hastings free of charge. The booked onward route would have been as follows; 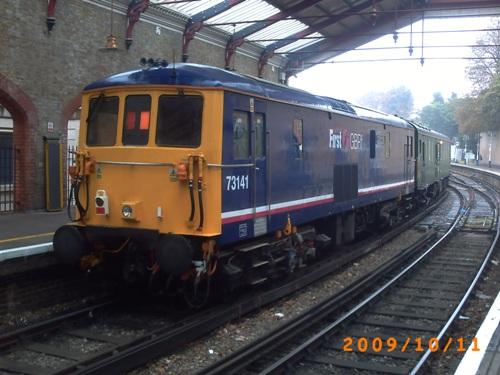 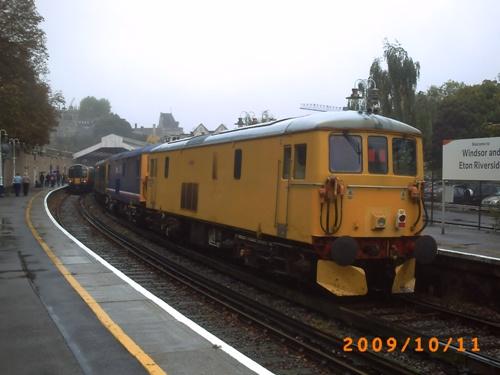