Notes :
(1) 67001 on rear.
(2) 67008 on rear.
(3) LASERman comments: The Tour ran almost exactly as planned and timed. The only variations being a late start setting back at Watford Junction to get behind the signal as train too long to fit between signals at platform 9. Then crossing move FL-SL north of Peterborough being done at Tallington rather than New England North, platform 3 instead of booked 1 at Sandbach (has to run via 3 as no crossover to get to 1!), and platform 1 instead of 5 at Crewe presumably as relief crew there early enabling train to depart early and then gradually lose time un-noticeably except for brief stop at Rugby ensuring a right time return. 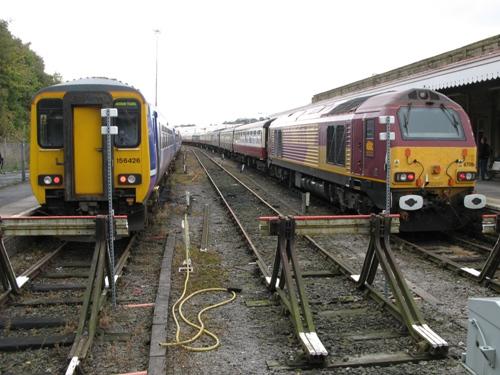 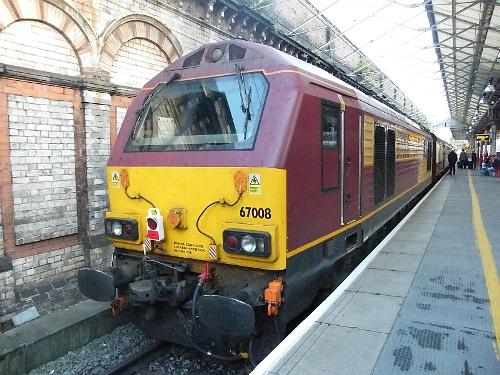