Notes :
(1) 37516 on rear.
(2) 33207 on rear.
(3) John Clifford comments: This was, I believe, the first tour operated by Joint Line Railtours. It was advertised as 2 trips, 'The Merry-le-Bone' from Worksop to Marylebone & back and 'The Aylesbury Vale Venturer' from Marylebone to Quainton Road & back with time to visit the Buckinghamshire Railway Centre. When the timings appeared the Quainton Road part was shown as running as a passenger train to Claydon & back. The locos were advertised as top & tail 33 & 37. This changed to 2 x 37 a few weeks before it ran & then back to 33 & 37 a few days before the tour ran. On the day a special stop was made on the outward section at Wembley to allow police to accompany an unruly passenger off the train. There was very little slack in the timings so we ran late after this. On the return we should have been in front of the 15.46 Bicester - Marylebone from Princes Risborough but we were held to let it go ahead. However, we passed it at High Wycombe by crossing to the down line at the north of the station & running via platform 2, then going back to the up line at the south end. 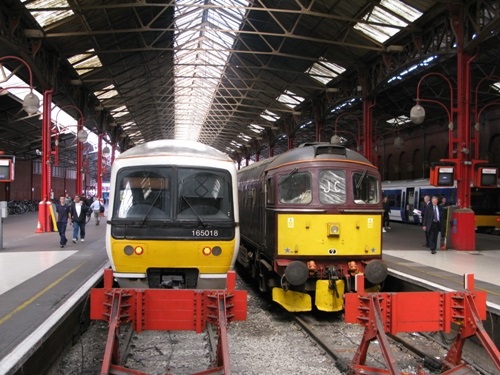 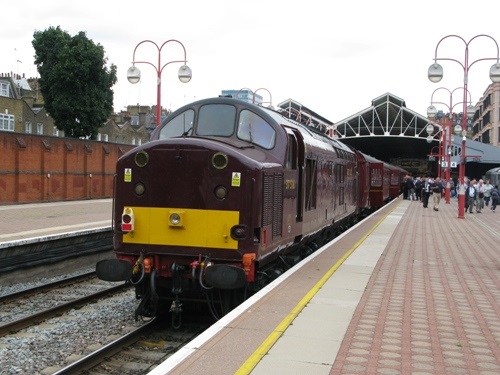