Notes :
(1) 37604 + 37607 dead-on-rear.
(2) 66430 dead-on-rear.
(3) 57007 dead-on-rear.
(4) 57007 was removed due to having suffered a slipped tyre due to a brake locking on.
(5) Routing on the return was changed from reversing at Wakefield Kirkgate to go via Barnsley to Sheffield, due to clearance issues with the Roof Mounted horns on the 37s at Tankersley Tunnel. The train would then have reversed at Sheffield. This was cancelled when 57007 was removed at Blackburn.
(6) Train was held outside the station due to a points failure.
(7) Train diverted due to cable theft on the booked route (Dearne Valley).
(8) Train terminated at Birmingham New Street owing to late running. Buses were used to transport passengers back to Wolverhampton. 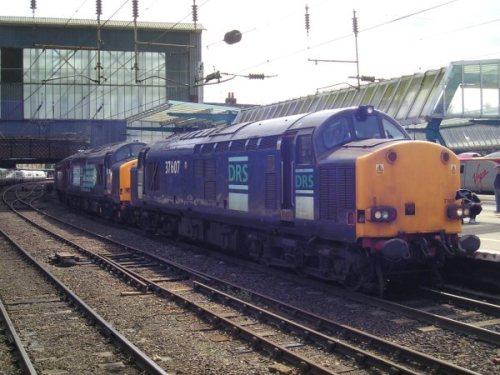 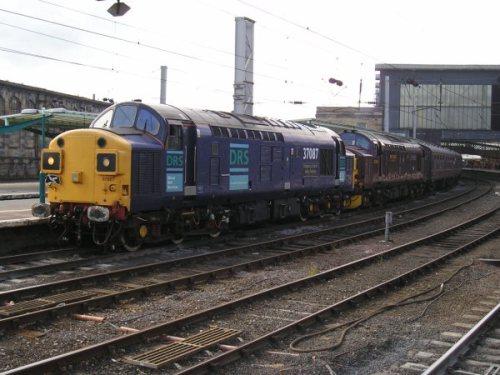