Pathfinder Tours
The Forth McFreighter

Notes :
(1) 66039 on rear.
(2) 66201 on rear.
(3) Train reversed at Seafield L.C. as both DBS & NR could not determine who owns Leith South Yard. Quail shows the boundary as being at the next L.C. which is where the tour was timed to.
(4) Original booked route was: Haymarket East Jn - Slateford Jn - Midcalder Jn - Shotts - Holytown Jn - Mossend East Jn - Mossend North Jn - Mossend Down Reception - Mossend Down Arrival line - Coatbridge Central - Cumbernauld - Greenhill Lower Jn. Due to an emergency possession near Whifflet Jn, the tour was re-routed & re-timed, (shown in brackets), to Cadder Yard & then to Greenhill Lower Jn to fall into it's original path.
(5) Misrouted onto Falkirk High route. Reversed back over junction via the trailing x-over there, to reverse again back over the same x-over & onto correct route - the 'Down Branch'. 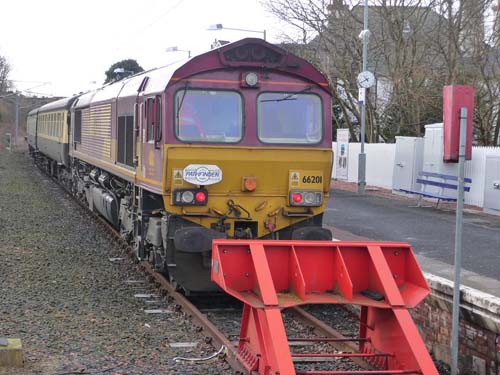 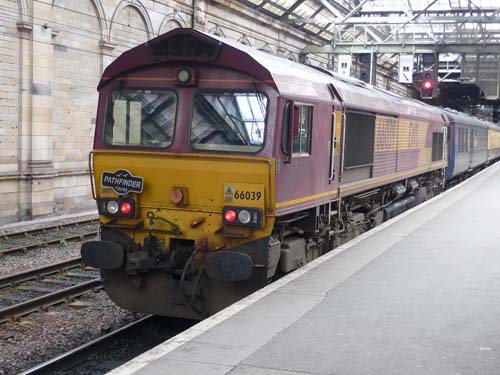 Decimal miles were provided by 'Pogo', using a Garmin GPS.