Notes :
(1) 66957 on rear.
(2) Although the tour reached Birmingham International early, flooding & a track circuit failure between Birmingham International & Coventry had severely delayed trains between the two points, with trains backing up from the Stechford direction waiting to enter the area. The 92 which was due to take over from International had to join the queue of trains & eventually arrived at 10:19. The tour then had to wait for the next available path north.
(3) Booked Route: Salop Goods Jn - Gresty Lane - Gresty Green Up Goods Loop - (reverse) - Salop Goods Loop Jn.
(4) Booked Route: Perry Barr North Jn - Soho South Jn - Birmingham New Street - Stechford - Birmingham International. Route amended to the direct line from Aston to Stechford due to late running. At Perry Barr North Jn, the driver stopped at the signal which was indicating the route to be via Soho East Jn, and got it re-set.
(5) Mileages in the timing table are taken from the tour booklet & do not take into account the diversions. 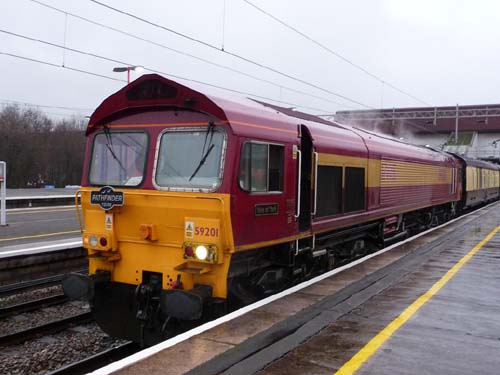 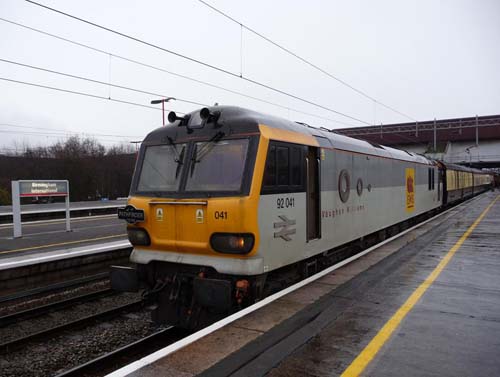 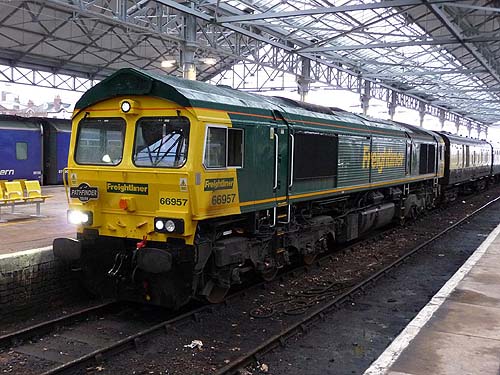 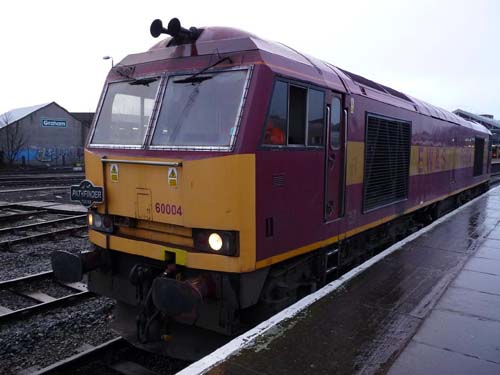 60004, caught prior to going on to the train at Southport. 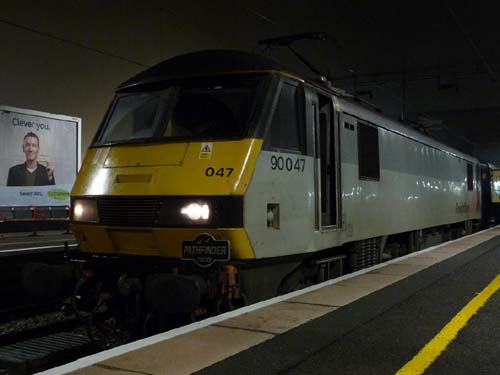 90047 back at Birmingham International.