Pathfinder Tours
The Holly & The Ivy 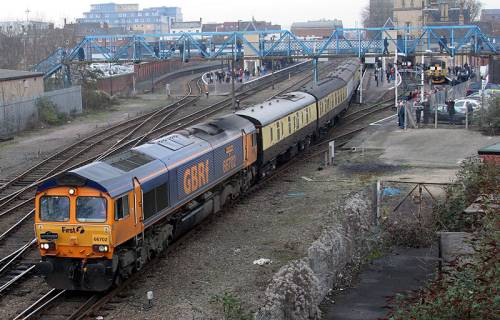 66702 departs with the stock away from Lincoln Central (photo: PRAR)

Rob Fraser offers the following assessment of the distances travelled at various points in the day;

Mileages based on GPS readings taken between Burton on Trent and Mexborough (which reflect actual reversal points). For other sections between Bescot and Lincoln mileages are derived from Quail :

Have assumed other mileages are correct in the itinerary (note that the itinerary shows a spurious extra six+ miles between Burton & Derby on the outward).