Notes :
(1) Delays on outward leg caused by (from TRUST) "original instructions incorrect and did not match scheduled (and only available) route, and re-issued instructions were not re-issued to either control or Kings Cross PSB. We had no idea of the 30mph restriction via Hertford. Consequently lost path (booked fast line Hitchin - Peterborough) and in order to pass other services which it had delayed, had to be run slow line, thereby incurring 40mph speed limit as a result. ECML Controller". Was then delayed in Peterborough yard taking on water as no correct coupling for water refilling equipment was available. 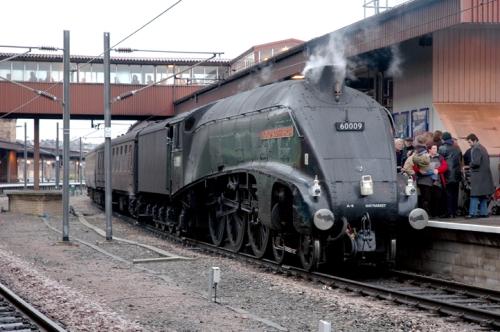 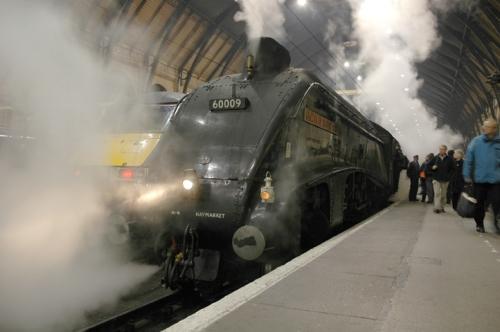