Notes :
(1) Train was delayed owing to the Lickey banking engine not being available (reportedly because it had been sent back to Bescot early despite the fact this tour, run by EWS as the train operator, required banking). The train was eventually banked to the summit by 66058 which was sent out from Saltley but delayed at Kings Norton by the failure of 2N27 on the down slow.
(2) Train diverted due to a panel failure between Trent East Jn and Loughborough (occurred 17.15, cleared 23.30). 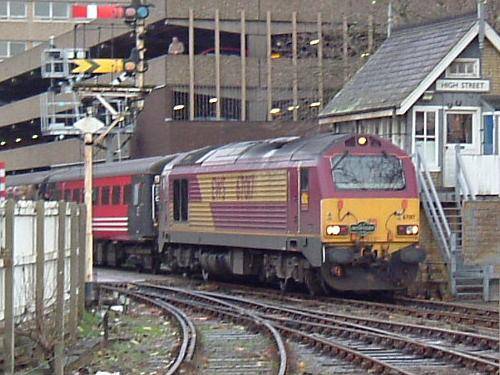