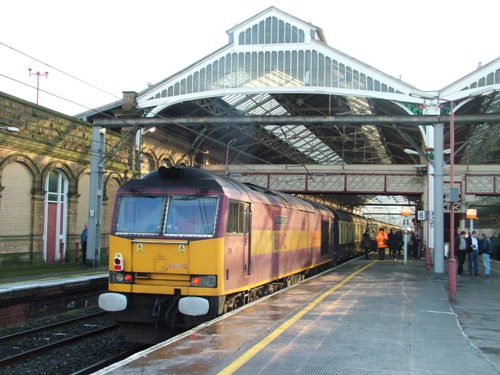 60042 on the rear of the train on arrival into Preston (photo: Nick Bartlett) 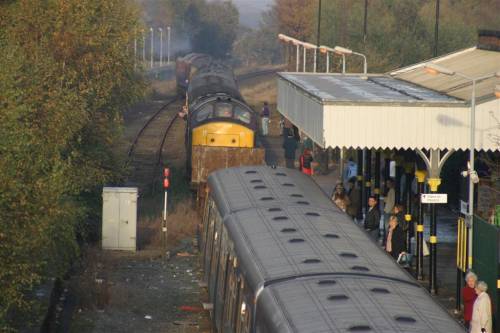 Train was originally booked (and timed) into Oakleigh Sidings, but this was changed just a couple of days before the day of running due to 'late interface issues between Network rail, EWS and Brunamond'. The train was therefore timed to traverse the Chester Triangle to keep the locos at the correct end of the train. The original timings appear below;