Notes :
(1) 71000 was failed after reportedly using 1,000 gallons of water between Manchester Victoria and Stalybridge due to a faulty valve.
(2) Return was retimed due to the delay on the outward journey caused by the failure of 71000. Originally booked to follow the reverse of outward route, the re-timed route was as above. 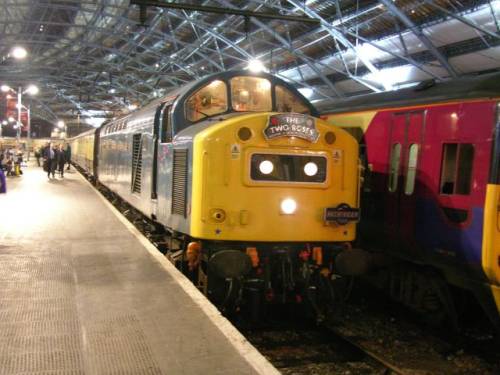