Notes :
(1) Departure from Salisbury was delayed by 33103 which had failed on the inward stock working, but was reported repaired prior to departure.
(2) Booked route was St Andrews Jn - Landor Street Jn - Park Lane Jn - Rycroft Jn - Walsall - Pleck Jn - Darlaston Jn but was diverted due to vandalism in the Water Orton area. 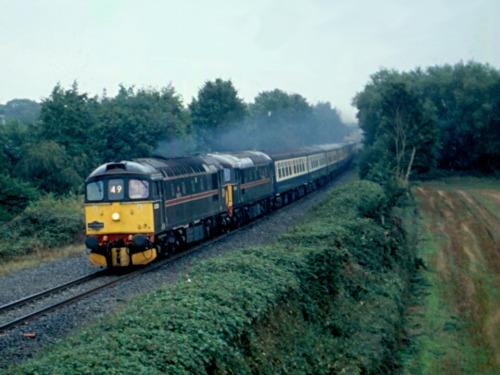 The 33's are seen at the bottom of Gresford Bank (photo: John Cowlishaw)