Notes :
(1) 47851 on rear.
(2) Booked route was to reverse at Edinburgh then via Haymarket to Slateford Jn, the diversion was however made due to the “poor health” of 47851. This meant the subsequent late running of all the tour on the return journey. 47854 performed fairly well though ascending Werneth bank sparks were seen from the exhaust. Perhaps the driver remembered the loop was closed for engineering work form the following day!
(3) Train shunted into the turnback siding so it was not obstructing the Level Crossing. 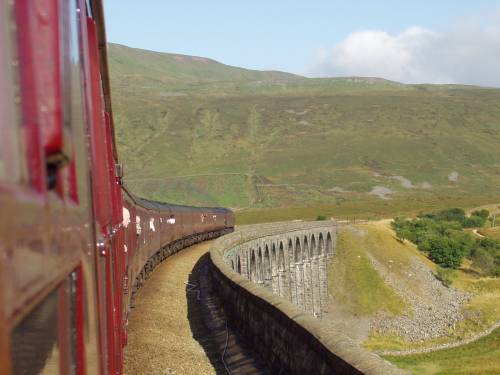