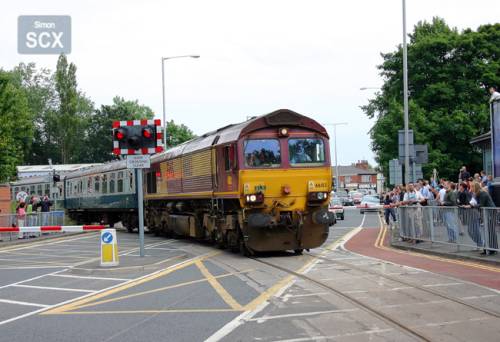 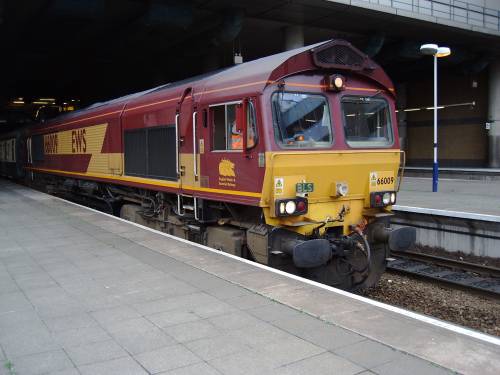 66009 at Manchester Victoria on the return leg (photo: Andrew Wilson)

Sources : Alan Sheppard (joined and left the train at Derby) & LASERman (on the train throughout)

Mileages until Trent taken from route description in tour booklet (with some minor alterations).
Extra mileage required to allow for reversal on Gascoigne Wood Down Hull, adjacent to DGL.
Mileages from Trent taken from Quail as there was some discrepancy in the tour brochure in the Trent, Doncaster & Accrington areas on the outward trip and Chesterfield to Derby on the return! The distances for the two branches, (Hunslet East & Preston Dock), were taken from the tour brochure.