Notes :
(1) Tour was supposed to traverse the goods line through Sharnbrook but was unable to do so as the path had been lost to a freight train. The train was however "diverted" from the booked mainline path and covered the line on the return south. 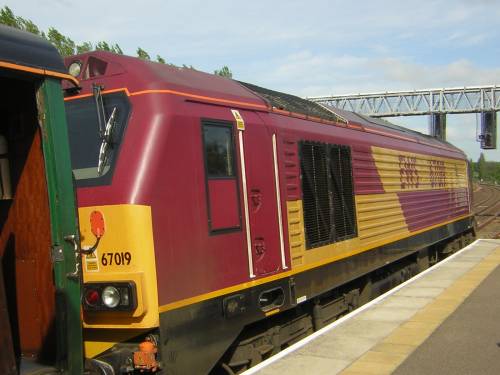 The perils of modern railtouring, the passengers who pay to run the tour get
rubbish photographic opportunities. Kettering (photo: Nick Wason) 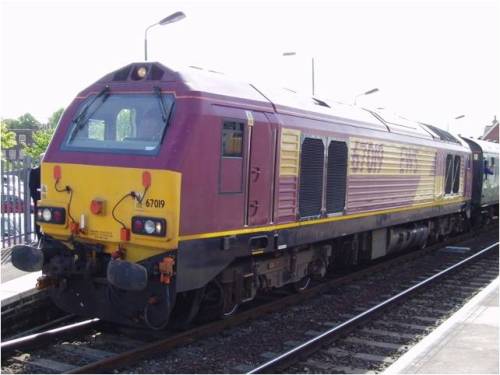 Proof however that a 'mad scramble' did permit a standard three-quarters
view of 67019 to be obtained at Kettering (photo: Edward Pearce)