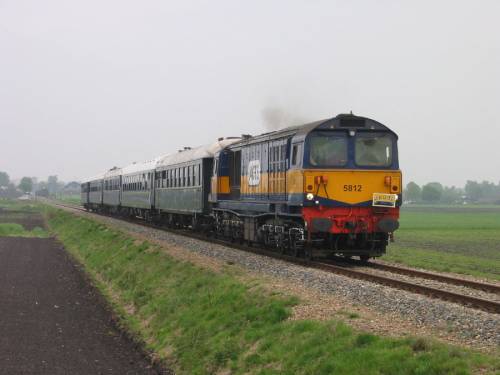 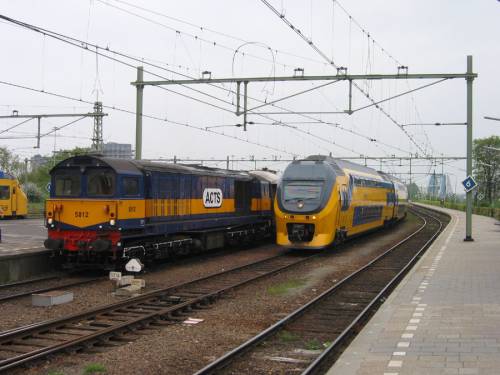 5812 at Nijmegen alongside a Dutch Railways EMU (photo: Dave Craik)

Notes :
(1) NVBS have been running an annual Queen's Day trip since the 1930's (Queen's Day is the celebration of the coronation of the Dutch Queen). As it happens this was the Silver Jubilee of Queen Beatrix. 26 minute late departure from Apeldoorn due to late arrival of the stock from the VSM base at Beekbergen. Arrival at Dieren was as booked at 1310. Departure from Dieren and arrival/departure at Venlo all as booked. 10 minute early arrival back in Apeldoorn. 6 or 7 phot stops/run pasts on VSM line were followed by short breaks/phot stops at Nijmegen, Venlo (run round) and 's-Hertogenbosch. 8 UK cranks aboard train.